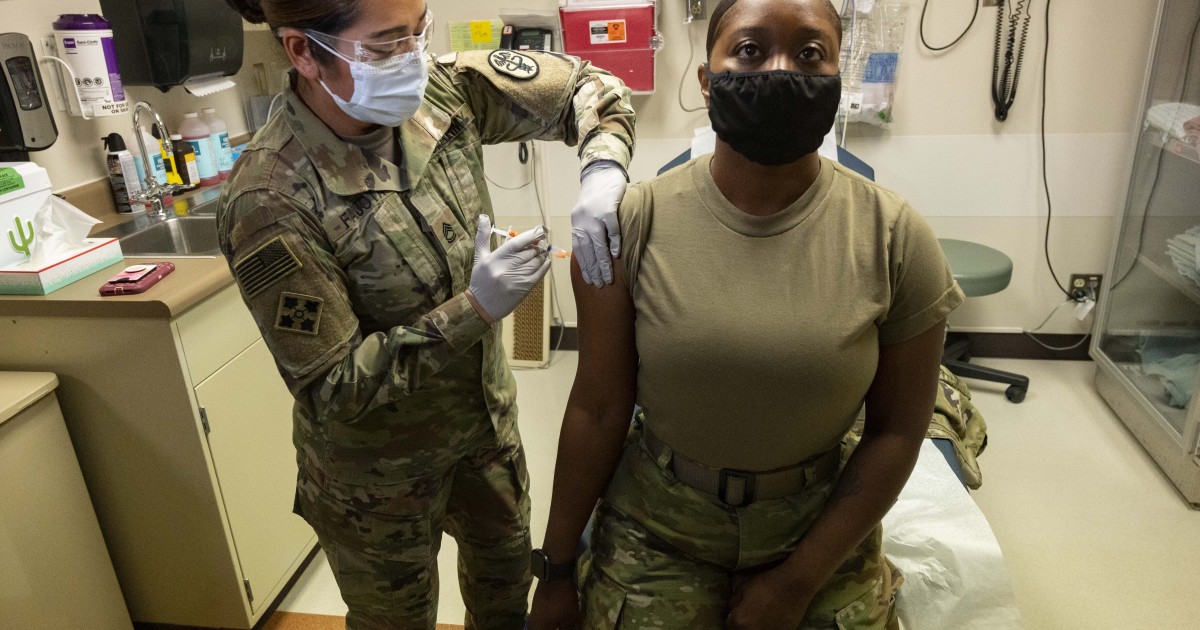 The Army has developed a COVID-19 vaccine that could be highly effective against coronavirus variants.

On Tuesday, the Army will start testing the vaccine on 72 adults at the Walter Reed Army Institute of Research. Some of the research subjects will receive two doses of the vaccine, while others will receive only one.

For the vaccine, army scientists developed a spherical structure that resembles the coronavirus. It was constructed by taking the spike protein found on the virus and attaching it to another protein, known as ferritin.

The vaccine has thus far shown in lab tests to be protective against variants such as those identified in the United Kingdom and South Africa.

“This vaccine may be a good vaccine in terms of covering all different types of strains,” Dr. Kayvon Modjarrad, director of the institute’s infectious disease branch, told the Wall Street Journal.

The United States may be in the beginning of another COVID-19 surge, driven partly by the more transmissible U.K. variant. Vaccines have so far proven to be effective against the U.K. strain. However, the South Africa strain has been more resistant to vaccines from AstraZeneca, Novavax, and Johnson & Johnson.

The Army vaccine could be used as a booster shot for people who have received a different vaccine. If the first human tests prove to be successful, the Army would likely partner with a pharmaceutical company to further test and produce the vaccine.

Read More:  Why do diet pills make me more hungry