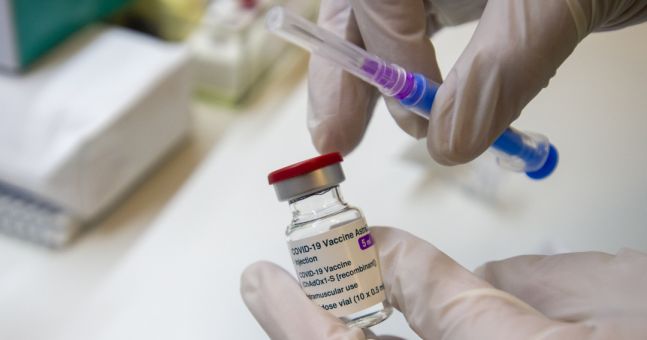 The pharmaceutical company, AstraZeneca has promised a shipment of 100,000 vaccines to Ireland next week, as it says it is “overcoming manufacturing problems.”

Ireland is set to receive approximately 827,000 AstraZeneca vaccines before the end of the first quarter of the year, as part of the purchase agreement between the company and Ireland.

AstraZeneca’s Irish president Dan Wygal, told the Irish Times, “in the coming weeks we’ll have some of the largest shipments yet sent into Ireland,” after admitting that he felt “highly accountable” for the recent delays and shortfalls in stock.

“We are expecting an exciting next couple of weeks around unit volume here in Ireland,” he added.

AstraZeneca has been at the centre of European controversy in recent months, over its failure to deliver the agreed amount of vaccines to various countries on time.

Part of the delay on the manufacturer’s end was due to the timely process of having to grow the cells for testing in the bioreactor.

“What we’ve seen in the EU manufacturing facilities is a much lower yield than many other parts of the world,” said Mr Wygal.

“The hope is that we’ll be able to increase this yield, and the EU supply chain, quite handily over the coming months, but again it’s a process.

“You don’t know if you’ve had success until you’ve waited those weeks and you’ve opened the bioreactor. Hopefully what we’ll start to see is an increased yield over time.”

Tánaiste Leo Varadkar blamed “a consignment of 25,000 AstraZeneca vaccines that we had expected to arrive…did not arrive at short notice,” for the rollout meeting its intended targets, at the beginning of March.

A further delay was caused by the temporary suspension of the manufacturer’s vaccine due to a NIAC report that recommended the use of the AstraZeneca vaccine be temporarily deferred over concerns of blood clotting.

This move was criticised by Professor of Immunology at Trinity College Dublin Luke O’Neill told Newstalk that the Government are “not trusting the science,” after 30,000 vaccination appointments were cancelled.

New shipments of the vaccine will be welcomed to Ireland, as it currently trails behind the Northern Ireland rollout programme, who have opened their vaccine roll-out to the 50-and-over age group, after 825,310 vaccines had been administered in Northern Ireland, as of yesterday.

This is compared to the 709,348 doses of the Covid-19 vaccine have been administered in the Republic of Ireland, with people aged in over 85 years old still waiting to received their first dose.

Want more of the latest news, sport & entertainment? Sign up to our newsletter!: