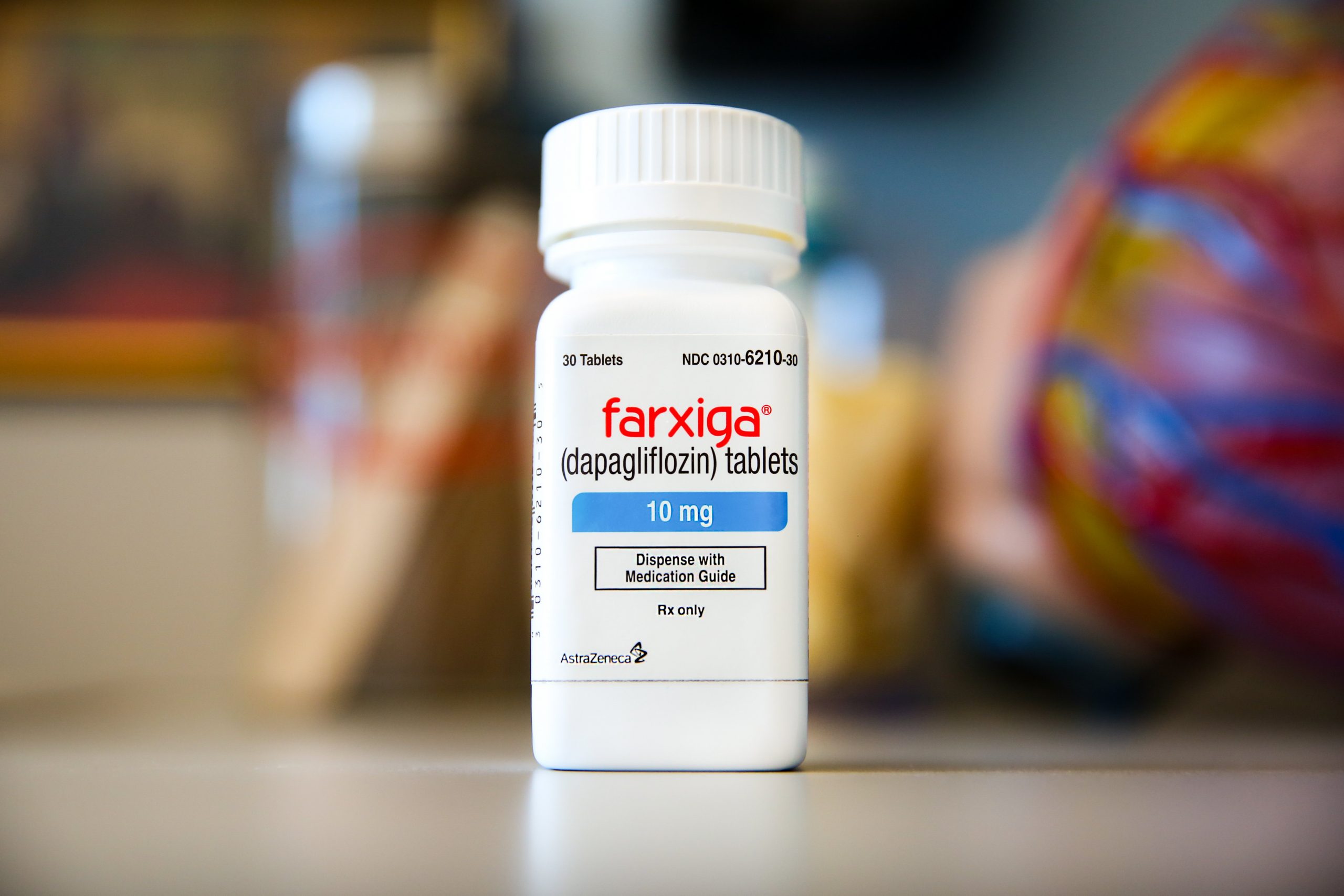 The FDA late Friday approved Farxiga, also known as dapagliflozin, to treat CKD even in patients without diabetes.

With that CKD approval in hand, Farxiga has cemented its lead against Eli Lilly and Boehringer Ingelheim’s SGLT2 rival Jardiance, which isn’t expecting data from its kidney disease outcomes trial until 2022.

Meanwhile, AZ’s drug will contend—at least in part—with Johnson & Johnson’s own SGLT2 challenger, Invokana, which boasts an approval in diabetic kidney disease but not in kidney disease patients without diabetes.

Back in August, when AZ revealed detailed results from the pivotal Dapa-CKD phase 3 trial, a company exec said the data had the potential to “rewrite” medical textbooks, and AZ leadership remains abuzz with news of the approval. Mene Pangalos, executive vice president of biopharmaceuticals R&D at the British pharma, Friday called the green light “the most significant” advancement in CKD treatment in more than 20 years.

And it’s an enormous market: Some 37 million people in the U.S. suffer from kidney disease, AstraZeneca said.

The FDA granted its Friday approval on the strength of Dapa-CKD. The trial enrolled 4,304 kidney disease patients with stages 2-4 disease and high levels of albumin in their urine.

In that study, Farxiga plus standard of care slashed the combined risk of worsening kidney function or death from cardiovascular or kidney problems by 39% compared with placebo. The drug also slashed mortality risk from any cause by 31%.

Meanwhile, exploratory analyses of AZ’s Declare-Timi 58 trial, which assessed the drug’s cardiovascular effects, showed Farxiga was likely to work well in patients with less advanced CKD, the company said in a release.

Under the new approval, Farxiga can be used to reduce the risk of declining kidney function, kidney failure, cardiovascular death and hospitalization for heart failure in adults with CKD.

The green light was to be expected: In early January, the FDA awarded a priority review to Farxiga’s application in CKD, teeing up a second-quarter decision.

Originally approved to control blood sugar in patients with Type 2 diabetes, Farxiga has developed an impressive reach over the last year. In early May, the drug scored a class-first nod to reduce the risk of major cardiovascular events in patients with heart failure regardless of whether they have diabetes.

And Farxiga sales show just how successful it’s been on the market. The drug brought in $ 1.96 billion in 2020, an increase of 30% at constant exchange rates. It shows no signs of slowing down, either. In the first quarter, Farxiga sales skyrocketed (PDF) 50% to $ 625 million.