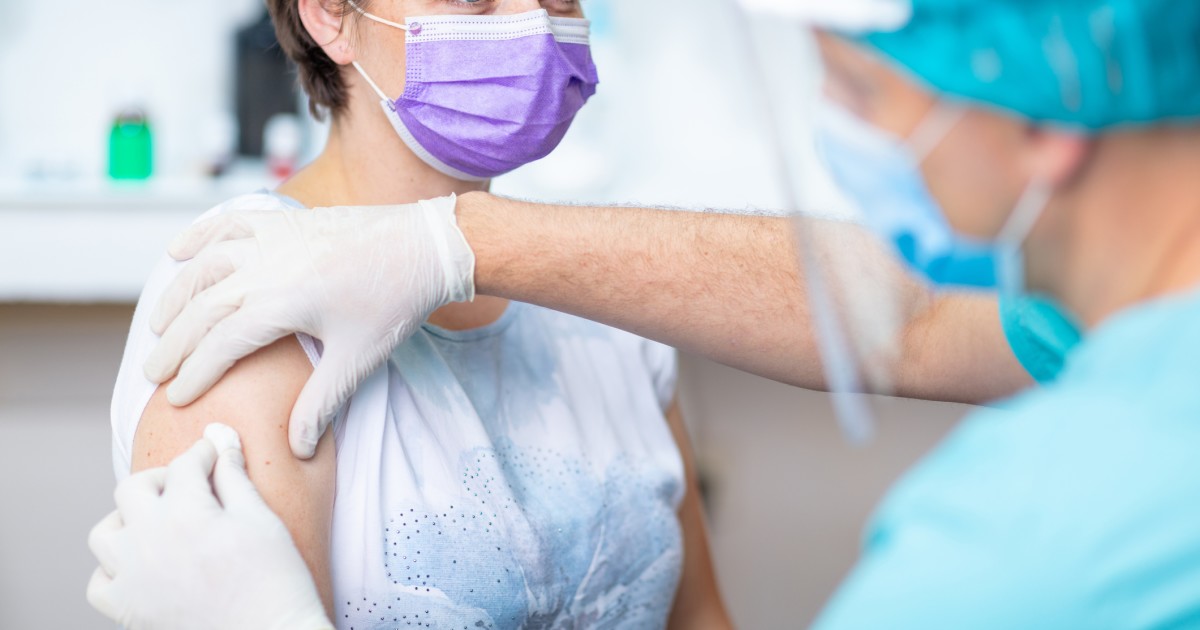 The number of people receiving the first dose of the coronavirus vaccine daily has slipped below 1 million, putting the goal of herd immunity for the United States further into doubt.

On Monday, the seven-day average of people getting their first dose fell to 935,439, the first time it had been below 1 million since early March. First doses reached a high of almost 2 million on April 13. Since then, the number has dropped 53%.

“We’re going to keep at it,” Biden said. “Most people will be convinced by the fact that their failure to get the vaccine may cause other people to get sick and maybe die.”

Many explanations have been put forward as to why the rate of vaccination is declining. Some experts fear that those who have yet to be inoculated have vaccine hesitancy, meaning that they are worried about the safety of the vaccine. The temporary pause of the Johnson & Johnson vaccine due to safety concerns may have exacerbated that hesitancy.

Others suggest hesitancy is exaggerated and that the problem is one of limited access faced by minorities and those living in remote rural areas. Other experts say the slowdown in COVID-19 cases in recent weeks has caused a lack of urgency to get vaccinated, especially among younger people.

The slowdown makes it harder to achieve herd immunity. Herd immunity occurs when a large portion of the population, the “herd,” becomes immune to a virus — through a combination of people getting infected with the virus and people getting vaccinated.

About 105 million people have been fully vaccinated in the U.S. The Centers for Disease Control and Prevention estimated that 114 million people in the U.S. have been infected. Even assuming that there is no overlap between those who have been vaccinated and those infected, only about 66% of the U.S. population is immune. That is still far off of the 80% that must be reached to achieved herd immunity, according to Dr. Anthony Fauci, director of the National Institute of Allergy and Infectious Diseases.

Fauci has shifted away from emphasizing herd immunity.

“People were getting confused and thinking you’re never going to get the infections down until you reach this mystical level of herd immunity, whatever that number is,” Fauci recently told the New York Times. “That’s why we stopped using herd immunity in the classic sense. I’m saying: Forget that for a second. You vaccinate enough people, the infections are going to go down.”