A Georgia board tasked with overseeing the state’s efforts to get patients access to medical marijuana has approved the six companies that will be allowed to sell the drug, a major step to finally getting patients legal access to the medication.

The Atlanta Journal-Constitution reported that the Georgia Access to Medical Cannabis Commission voted Saturday to pick six companies from 69 that had applied for licenses. Specifically they’ll be able to sell medical marijuana oil that contains no more than 5% of the THC compound that is found in marijuana and which makes users high.

About 200 people were on hand to watch the proceedings. Each of those six companies will be able to open five dispensaries, the paper reported. The state capped the number of companies that can sell medical marijuana at six. The limit was part of a compromise in the Legislature designed to provide access to patients who legitimately needed the drug to treat health conditions but at the same time not allowing marijuana to be illegally distributed.

The state first authorized medical marijuana oil in 2015 but there was still no legal way to buy it in the state. Patients were forced to go to other states or through underground markets to find it while the state set up a program by which it would be sold in Georgia. 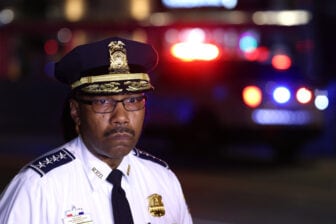 “It’s a blessing. We’re near the end of the tunnel,” Jessica Reid of Atlanta told the newspaper. She said marijuana oil is the only thing that she’s seen that can stop her 4-year-old son’s seizures.

After the contracts are signed, companies will have one year to begin operations. Prospective patients who suffer from certain conditions outlined in Georgia law would need to get approval from a doctor and apply through the Georgia Department of Public Health. The conditions include terminal cancers, Parkinson’s disease and seizures.

Officials made the Saturday announcement in Rock Spring in northwest Georgia. The commission had committed to traveling around the state as opposed to focusing just on the Atlanta area.

Have you subscribed to theGrio’s podcast “Dear Culture”? Download our newest episodes now!