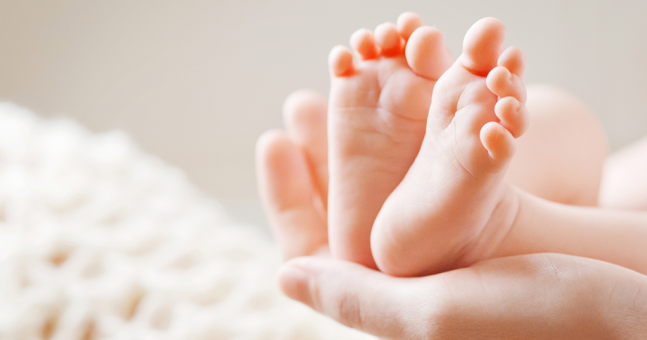 The origins of Ireland’s 10 most popular baby names from the past year- from the lover of wolves to the ‘strength of God’.

Earlier this week, the most popular baby names from 2020 were announced.

Ireland has a rich history when it comes to names.

Surnames including Murphy, Kelly and O’Sullivan are said to be derived from warriors, kings and other noble positions.

We’ve analysed what some of the most popular names mean.

Here’s the top five boys and girls names from the past year explained.

Jack is a derived from the name John, and has become one of the most popular boy’s names in English speaking countries over the past few years.

Jack means “God Is Gracious” or “Supplanter” which means someone who takes over or takes the place of someone else, usually on purpose.

If usurping thrones is your thing, and your name is Jack, then maybe you have a future as a supplanter.

James is a modern descendant of Iacobus, the Latin form of the Hebrew name Jacob and is another one of the top baby names for boys over the past year.

It can also mean ‘Supplanter’ meaning if you have both a Jack and James in your company, your position might be stolen.

The name has biblical roots and was the name of two apostles in the New Testament.

It also has royal roots and was the name of kings in both England and Scotland.

The name Noah has origins in Hebrew, and can mean comforter or wanderer.

It has biblical origins too, and comes from the Babylonian word “nukhu” meaning repose or rest.

Conor is a male given name of Irish origin. The meaning of the name is “Lover of Wolves” or “Lover of Hounds”.

The old Irish is Conchobhar/Conchubhar or from the name Conaire, found in Irish legend as the name of the high king Conaire Mór and other heroes.

Daniel is also of Hebrew origin, and means ‘God is my Judge’ or ‘God is my strength’.

The name Emily means ‘To Strive’ Or ‘Excel’ Or ‘Rival’ and is of English origin.

If you know an Emily, they might be strong-willed and determined.

The name Grace means Charm and is of Latin origin.

The name Grace was first bestowed as a reference to the “grace of God.”

The name Fiadh is a girl’s name of Irish origin meaning “wild”.

It’s derived from the ancient root word for wild as in an animal.

The name’s phonetic form Fia is one we might see rising to take the place of its popular cousin Mia.

The name Sophie is of Greek origins, and was first recorded in the Roman Empire in the 4th century.

It means ‘to be of Wisdom’ and is very popular in Eastern countries in the form Sofia.

The name Ava is a girl’s name of Latin origin meaning “life, bird, water, and island”.

In medieval times, Ava was a diminutive of Germanic names beginning in Av-, in particular Aveline, from which the name Evelyn would eventually arise.

Want more of the latest news, sport & entertainment? Sign up to our newsletter!: