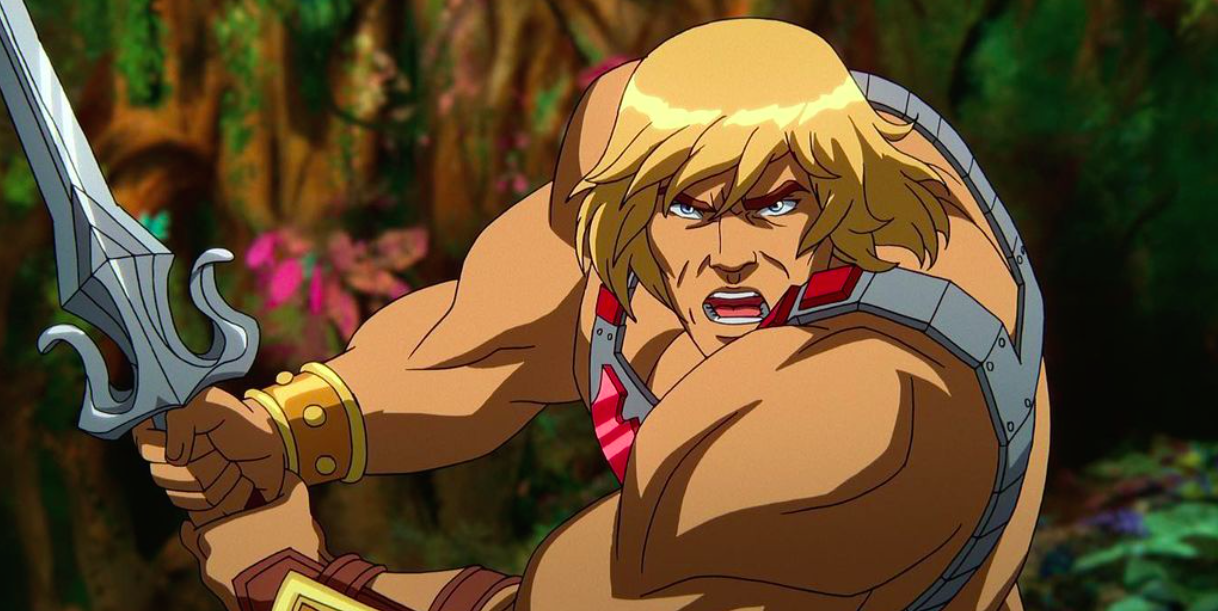 Netflix has just dropped some new images providing a first glimpse of the iconic ’80s cartoon character He-Man, who has been resurrected for the Masters of the Universe reboot, spearheaded by cult director Kevin Smith. In the photos, He-Man (who transforms from the slimmer Prince Adam into a swole superhero with the words “by the power of Grayskull”) is easily recognizable from the classic TV series, albeit with sharper lines—and arguably even bigger muscles.

“I ate 12,000 calories a day and pumped iron 25/7 for a year in preparation for this role,” joked voice actor Christopher Wood, who is portraying the beloved hero in the new show. “It wasn’t until I just saw these stills that I realized it was animated. I really wish someone had told me… BUT IT LOOKS AMAZING!!!!”

Wood went on to add just how meaningful it has been to him to lend his voice to a project with such a huge legacy in pop culture, and recalled playing with He-Man and Castle Grayskull toys as young as five years old. “I’ve been doing He-Man’s voice since I was a kid,” he said. “I just get paid for it now.”

Masters of the Universe comes after Netflix and Dreamworks’ recent revival of She-Ra, a property which began life as a He-Man spinoff focusing on Prince Adam’s sister, Adora. That reboot significantly altered the character design of She-Ra, provoking resistance from fans of the original, but ultimately won critical acclaim for its inclusive, diverse storytelling.

Masters of the Universe definitely appears to be hewing closer to the artwork and sensibility of the ’80s cartoon—bulging biceps and all—but fans will have to wait until Part 1 drops on July 23 to see for themselves whether He-Man, Skeletor, and co. are the same as they remember.

This content is created and maintained by a third party, and imported onto this page to help users provide their email addresses. You may be able to find more information about this and similar content at piano.io